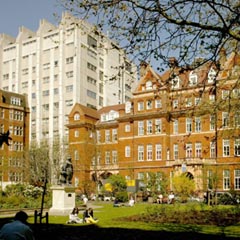 Tomorrow evening (Wednesday) sees the second in the BBC1 documentary series The Brain Hospital , set in The National Hospital for Neurology and Neurosurgery. The hospital, as you probably know, is a world leader in the research and treatment of brain disorders. So, it's particularly sad that they have to raise money via a charitable foundation to maintain their level of expertise. The program (a series of three) follows some remarkable cases. Last weeks episode was emotional to say the least, but then I'm like that which is why I don't normally watch these sorts of programs! That said, I will be watching again tomorrow at 9pm on BBC1.
Posted by Beth Williamson at 21:25 No comments:

And finally....
A fundraising party at the union on Friday 1st December which is
WORLD AIDS DAY!!!
There will be fabulous music and entertainment including fire jugglers, free condoms and lollies, helium balloons and lots lots more!!!!
The Positively Red Party!!

In association with SUB - RED drum & bass
in Dbs/ drink promos all night/ get behind
this great cause on World AIDS day & party!

Vodka and draft mixer: £1.25
(£1 from every ticket sold goes to AIDS Week charities)

Posted by Ruvandhi at 17:44 No comments:

This exhibition takes place on Monday at Imperial College. Some of the Medical Humanities students from last year are exhibiting, and it promises to be a wonderful event. 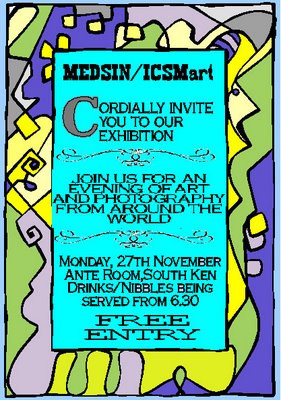 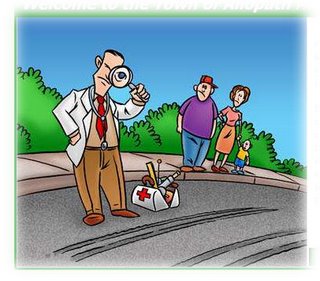 Check out this hilarious satirical video by Mercola promoting prevention of environmentally-caused diseases. It's 7 minutes long. I spotted it on the Environmental Illness Resource website, a curious mix of sound politico-medical activism and scaremongering anti-corporate hyperbole. Anyway, the video is well worth watching.
Posted by Unknown at 14:43 No comments:

We were proud of our effort for Grand Rounds back in July, but I have to admit that Dr Herbert's Medical Gumbo's effort is truly amazing!
Posted by Unknown at 12:19 No comments: 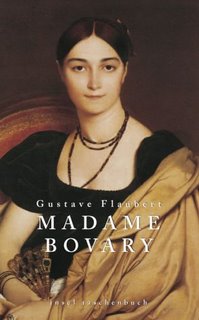 The doctor was a popular figure in Victorian literature, but served as something of an anti-hero. Literary doctors either lacked ambition (e.g. Charles Bovary in Flaubert's Madam Bovary, George Gilbert in Braddon's The Doctor's Wife) or were thwarted by ambition (e.g. Lydgate in Eliot's Middlemarch). They tended to die young. They were usually reasonably good doctors, but poor judges of character. And, above all, they tend to choose the wrong sort of woman to marry.

The most notorious doctor's wife is undoubtedly Emma Bovary. Her romantic appetite is fed by reading novels (delicious ironic touch by Flaubert), but when married life fails to live up to the 'felicity, passion, rapture, that had seemed to her so beautiful in books,' Emma becomes bored and resentful. She embarks on two affairs, to which her husband remains blind. Eventually, having bankrupted the family, she poisons herself. Her husband, who adores her to the last, cannot save her.

Mary Braddon's plot in The Doctor's Wife, 'borrows' heavily from Madame Bovary. Isabel also finds life as a country doctor's wife exceptionally tedious. She cannot give up her romantic notions, inspired by rather superficial readings of a great many novels. When she meets handsome, gentrified Roland Landsell whose insipid poetry she holds in high esteem, she is enraptured by him (or 'him' for she always thinks of him in italics!). After judging her rather silly and vacuous at first, Landsell becomes besotted with the black-eyed, blushing doctor's wife. Here the plot departs from Madame Bovary in that Isabel does not embark on a full-fledged affair. She is shocked when Landsell suggests they run away together: suicide would have been a suggestion more 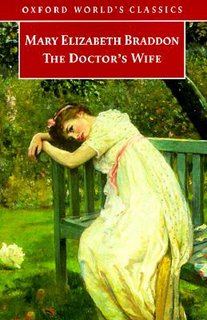 worthy of contemplation. This exposes Isabel and Landsell's completely different views on what it means to be 'in love'. Braddon's novel is an indictment of idleness: neither Isabel nor Landsell have enough to do and consequently they fall prey to the excesses of imagination. It ends unhappily for Dr Gilbert and Landsell, and Isabel only finds contentment when she uses her legacy to do good works in the community.

George Gilbert, Isabel's unambitious husband, is similar to Charles Bovary in that both are popular amongst their peasant patients for their lack of pretensions, but neither manages to accurately diagnose or treat their wives -- both of whom demonstrate a range of physical symptoms in response to their unfulfilled romantic yearnings. In common with Lydgate in Middlemarch, who marries the flightly and pretentious Rosamund against his better judgement, these doctors choose women they found fascinating, in rare moments of allowing their hearts to rule their heads. In all three cases, it was almost as if they could not help themselves, although the warning signs of potential disaster are flagged up all to readily. Certainly the reader is acutely aware that the matches are ill advised.

The Victorian literary doctor's wife can be seen as the embodiment of the aspirations of the newly emerging medical profession. Bovary, Gilbert and Lydgate all choose educated but sentimental women who aspire to wealth and position, but find that a country doctor's practice does not afford the means or the opportunity to indulge these fantasies. Moreover, these 'men of science' are rather too practical and inperceptive to cater for their wives' complex emotional needs.

In contrast, I want to briefly discuss a novel also entitled The Doctor's Wife, by Sawako Arioyoshi. Written in 1967 although set in 18th century Japan, the book is loosely based on the life of Seishu, the first doctor in the world to operate on breat cancer under general anaesthetic. Here, the marriage between Kae and Seishu is arranged by Seishu's beautiful mother Otsugi. Kae doesn't meet her husband until a considera 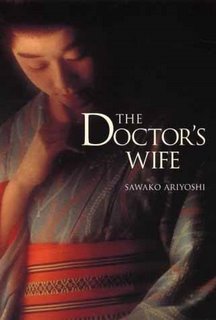 ble time after they have been married (his place in the wedding ceremony is taken by a manuscript of herbal remedies). The instant he returns from his studies an intense rivalry begins between Kae and her hitherto friendly mother-in-law. They both volunteer to for the old fashioned equivalent of a drug trial, offering to imbibe the poisonous mandarage which has anaesthetic qualities.

Although a more successful doctor than Bovary or Gilbert, or even Lydgate, Seishu also is inperceptive in matters of the heart. The rivalry between Otsugi and Kae is never acknowledged, and he also fails to save either of his sisters from dying of cancers. In contrast to Victorian novels, idleness of the part of the doctor's wife is not an option here. The entire family work like slaves to pay for Seishu's education and to support his experiments and philanthropic doctoring in times of famine. Kae is a flawed heroine. Although she ends up sacrificing her eyesight to help her husband's career, she must confront the realisation that it was an act of triumphalism over her mother-in-law rather than a truly noble sacrific for her husband. A minor criticism is that the book suffers from overly blatent hindsight. Seishu articulates the uses of anaesthesia far too neatly in advance of his experiments. Nevertheless, the descriptions of Japanese values and the honour system, and how medicine and human foibles interact with this sytem, make this novel a fascinating and compelling read.
Posted by Unknown at 09:46 No comments: 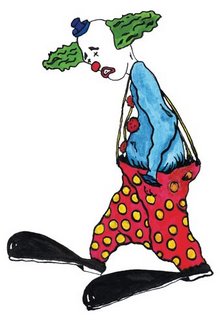 Catch this series of events run by The Wellcome Trust over the coming weeks. Wellbeing in the 21st Century Winter discusses issues such as :-

What is happiness and why is everybody taking about it? (28th Nov)

Can medicine deliver what you want for future health and happiness? (5th Dec)

What happens when music meets the mind? (11th Dec)