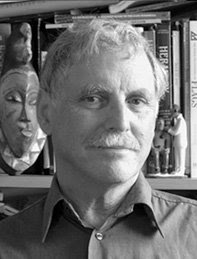 I was very sad to hear that Dr Cecil Helman died yesterday after a short illness. I first got to know Cecil at a Medical Humanities conference about 6 years ago. I had just been sent a copy of his book, 'Suburban Shaman' -- it was not yet then published in Britain. We had a fascinating discussion about which aspects of the South African edition might need to be changed for a British audience (should a 'station wagon' be referred to as an 'estate car'?). We became friends. Cecil came and gave a lively session on my Medical Humanities course at Imperial for several years. This year he cried off, explaining that he was experiencing minor problems with his vocal chords. Tragically, the problems did not prove minor, but were a symptom of motor neurone disease.
Cecil specialised in medical anthropology. His textbook 'Culture, Health and Illness' has seen numerous editions, and he wrote many other seminal books and papers. But he also turned his hand to poetry, philosophy and fiction. 'Suburban Shaman' is a witty and profound memoir of his training and experiences as a GP. Cecil was never anything less than forthright. He managed to tread on quite a few toes as a consequence of his scepticism of institutional processes. But alongside his individualism, he was profoundly interested in the welfare of communities and individuals. He was fascinated by people and their stories and he had a real gift for passing those stories on, through his lectures and writings.
Cecil was a one-off. He delighted in being deliberately subversive. I remember him at conference flummoxing a presenter by proceeding to provide a detailed medical diagnoses of the subject of a portrait, in direct contradiction of everything that had just been said about the role of observation in medicine. 'I just wanted to see how she would handle it,' he said afterwards, with a characteristic twinkle in his eye.
Cecil added a great deal of flavour to the Medical Humanities scene in London, and, gosh, I will miss him.
Posted by Unknown at 12:32 17 comments:

Elizabeth Hauke has put together a very nice item on the 'Pulse' exhibition featured on the monthly Imperial College Podcast. Download it here. Anjani Knoebel's work (pictured below) is one of the artworks discussed. 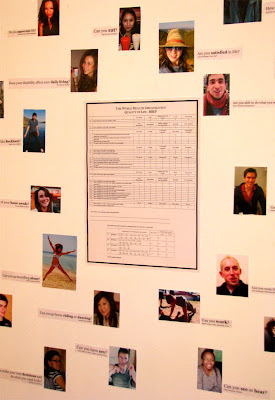